Apparently this year has been a particularly good one for spiders. My mum’s house was certainly full of ’em when I was down the other weekend. So, here is some blazing topical satire about our messed up relationship with our eight-legged friends. I’ve never understood why we treat ’em so bad. 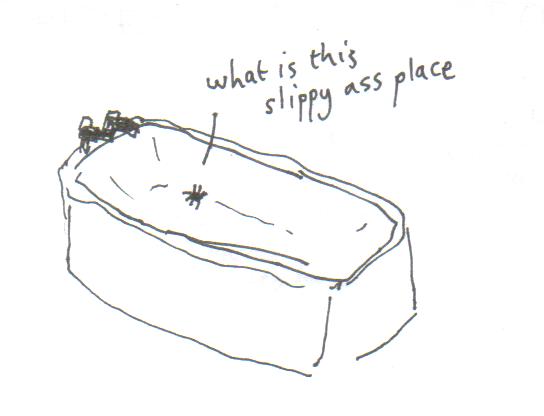 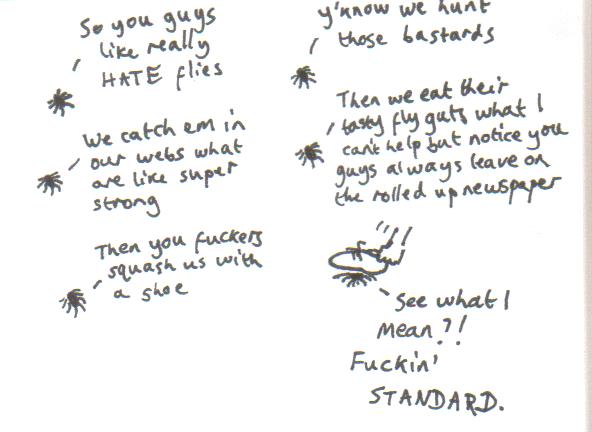 Sorry. Very late at updating. Every time I plan to update more regularly I completely fail… (sigh). It’s like that whole ‘actually write a thesis’ thing.

So, anyway, I unexpectedly went to End Of The Road festival a couple of weekends ago.* It was fun! I took a little notebook! Here are some scrawls! I was going to post these gradually, space ’em out a bit, but I’d probably just forget and I’ve still got a pile of other pictures I’m yet to scan so here these all are. 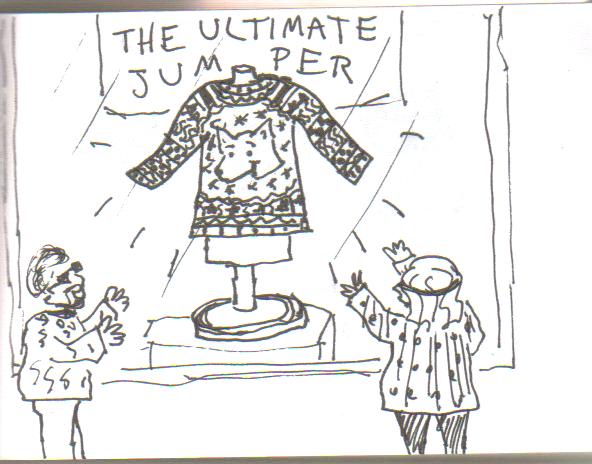 Such beautiful and various knitwear was to be seen

There were many children. My favourite was a small boy clad in a tweed jacket down near the front for Midlake, who shouted 'Midlake!' excitedly when they came on. After one song a guy shouted 'Outstanding,' prompting said boy to get creative with the similes for the remainder of the set: 'Fantastic!' 'Brilliant!' 'Wonderful!'. Beardy muso Texans were a bit confused, but I think gratified.

'Plaid' rhymes with 'bad'. Yes, I am explaining the joke before I make it. IT DOES NOT RHYME WITH 'LAID'. 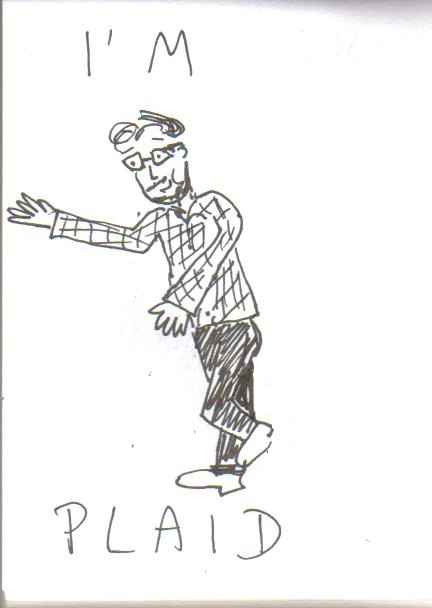 This is, as my friend Heather described it, 'a triptych'

This could go on for quite some time. It would not, I suspect, get any funnier.

Merch! Roll up roll up

For the discerning customer

Drawing indie children is a bit too much fun 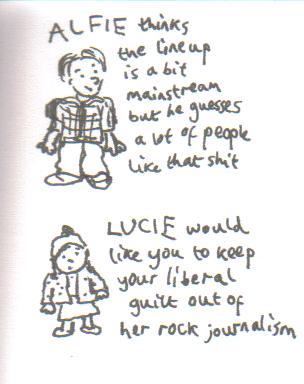 If I have kids I quite want them to be indie children. Alas, they are all cute, and blonde or redhaired, and I am none of those things.

I have the head-al hair to be in Midlake, but not the facial hair. YET. (purchases hormones). 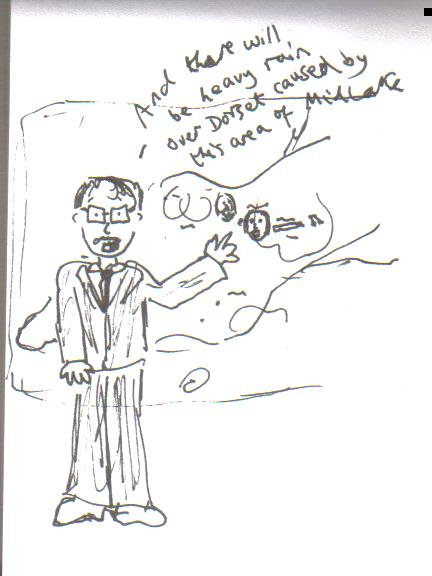 It rained for Midlake's set. Only for Midlake. General consensus was that this was to create an appropriate atmosphere. 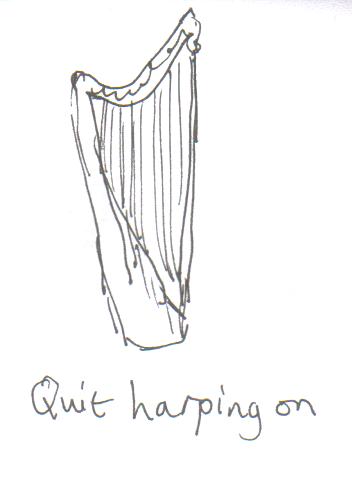 Not the best rendering of a harp I have ever seen

It was cold for Joanna, very cold.

This did not happen

We were so hungry in the bus queue. I could probably have eaten an indie child and felt only mildly bad about it.

*And I was still drunk on the way there. Bought the wrong train ticket. True story.

Error: Twitter did not respond. Please wait a few minutes and refresh this page.